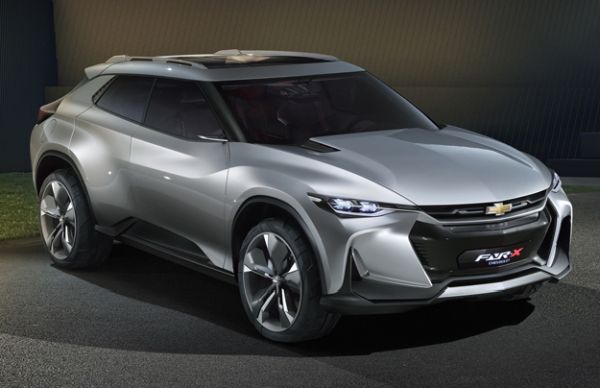 Chevrolet will offer its customers a new crossover to rebuild the name Blazer. Below, the Americans sold compact and medium-sized SUVs during the 1969-2005 period.

In the Chevrolet range, the new crossover will fit between the compact Equinox and the full-size 7-seat Traverse SUV. It is from the last one that the new Blazer will take the platform by replacing the previous Tahoe. Its main competitor on the US market will be Ford Edge.

The new Blazer will be available in the market in 2018 and its production will be concentrated at the General Motors plant, located near the Mexican city of Monterey.

Perhaps again next year the cop will offer another crossover. Its conceptual version, the Chevrolet FNR-X, was introduced at the China Auto Show. The Chinese partner of General Motors, the SAIC concern, also participates in the development of this vehicle.

The crossover impresses with its active aerodynamic elements, and at high speed the electronics regulates the two spoilers, side aprons and louvers in front of the radiator grille. This reduces aerodynamic drag and fuel consumption.

The model is also equipped with an autonomous movement system that chooses the optimal route itself. The crossover is equipped with a hybrid power unit that can be charged from the power grid. The Chevrolet FNR-X can run entirely on electricity, but there is also the Sport mode, which changes the suspension settings and reduces the clearance.

According to a company representative, the abbreviation FNR in the name of the model is translated as Find New Roads. Under such a name Chevrolet showed several concepts years ago, but none of them reached the conveyor.