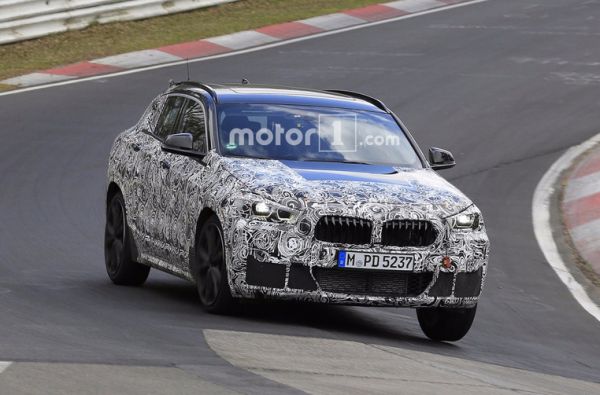 The new photos of the BMW X2 crossover tests made at the Nuburgring North Arc. Judging by them, the serial version of the model will not be different from the concept of the same name shown at the Paris Motor Show in the autumn of 2016.

According to the release, the BMW X2 will be available on the market with diesel engines, while the gasoline version will be just one. 2.0 liter turbodiesel will develop 150, 190 and 230 hp and will be able to combine both the 6-speed manual gearbox and the automatic transmission with the same number of gears.

The petrol version will also have a 2.0-liter unit, and it will receive 192 hp. A variant with the same engine will develop at a later stage and will develop 300 hp. It is not yet clear whether there will be a modification developed by the BMW M-sub division, but this is unlikely.

The compact crossover itself uses the X1 platform and will be assembled in the same venture as its donor – the plant in Regensburg. On the market, the car will be launched in early 2018 and will have to compete with Range Rover Evoque, Land Rover Discovery Sport and Volvo XC60.