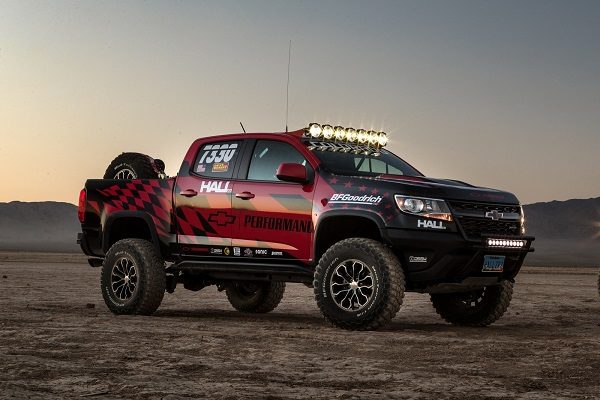 The Chevrolet Colorado ZR2 will take part in the General Tire Vegas off-road race from Reno to Las Vegas, which is about 950 kilometers in length.

To be admitted to the race in the class, the Colorado ZR2 is equipped with several additional safety systems such as roller shutters, radios and racing seats with built-in safety belts. Also included are HiLites racing headlights, GPS navigation and a 166-liter tank to withstand harsh conditions in the desert.

The standard 3.6-liter V6 engine with 308 hp is maintained in the truck. and 373 Nm of torque. It is combined with an eight-speed automatic transmission and a four-wheel drive system. Also preserved are the original DSSV dampers, which are still slightly revised for the race.

According to GM, the participation of ZR2 in the race will serve as a “test ad” of Chevrolet Performance and will help to develop new accessories to be offered in the standard model.

The Hall Racing pilot – Chad Hall, who will run the race pickup, said the ZR2 was built on one of the most capable platforms the team has ever used. According to Hal, technologies such as DSSV dampers and locking differential are key in long and heavy off-road racing.