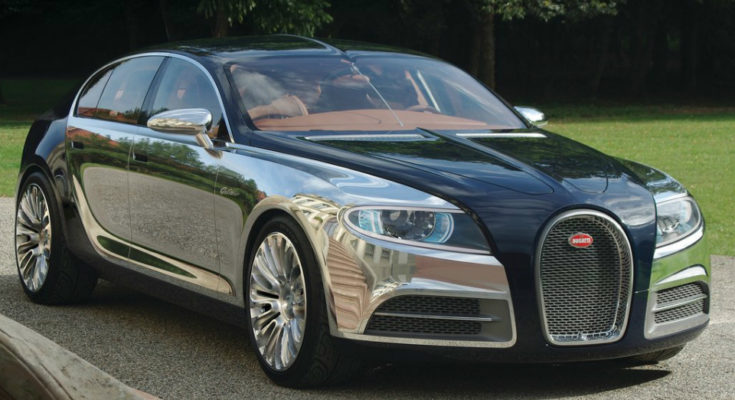 Bugatti’s management has returned to the idea of ​​developing a serial version of its luxury sedan Galibier. This is reported by Autocar, quoting the president of the French brand Volgard Durheimer.

“I have never been indifferent to this car, at least because it offers a number of revolutionary solutions that no one has ever used for serial models”, said Volgard Durheimer.

The production version of Galibier is expected to be built on a modernized version of the Volkswagen Modular Chassis – MSB, which is the foundation of the new generation of the Porsche Panamera. The same platform will also be used for future Bentley models. The idea is that Bugatti’s sedan will be able to fight for customers with the Rolls-Royce Phantom receiver, which is due to appear in 2018.

According to Volgard Durheimer, the future sedan is one of the four main products that his company will offer. He did not reveal what the rest would be, but Bugatti is said to offer a big electric SUV. The model will become an ideological successor to the classic Type 41 Royale, and will have to compete with the first Rolls-Royce crossover, which is likely to be called Cullinan.

In addition, Bugatti plans to launch another sporting model to be deployed under Chiron in the brand’s model range. Most likely customers will also be offered a hybrid supercar.