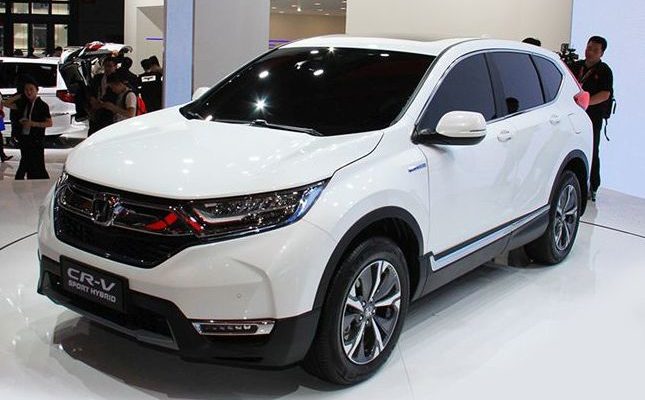 Honda is one of the world’s first hybrid manufacturers since it launched the small Insight hatchback in 1999. The company then offered a number of hybrid models – from hatchback Fit to Odyssey minivan. The Japanese also sold the Vezel crossover, which also relied on a similar aggregate, but was entirely focused on the domestic market.

At the Shanghai Motor Show, the company introduced a new version of its most popular model, the CR-V, which received the Sport Hybrid addition to its name. However, its aggregate is different from that of standard hybrid models.

The crossover is featured with the i-MMD (Intelligent Multi-Mode Drive) system, which is used by the Accord sedans for the American market as well as by the Odyssey minivan for Japan. Under the hood is a 2.0-liter gasoline engine with 150 hp, working on the Atkinson cycle. At lower speed, it does not drive the wheels, but it powers a generator that in turn charges the battery. Thus, the movement is done with an electric motor, which at Accord develops 184 hp.

When the speed is increased, the internal combustion engine is also triggered. Using the transmission, it fits into the front wheels, helping the electric motor. There is no gearbox in the case. Similar to the Mitsubishi Outlander PHEV, it also has an electric motor on the rear axle, while the Honda CR-V is all-in-one.

The company also explained the presence of the word Sport in the name of the model. According to Honda experts, the instantaneous response of the accelerator pedal and the electric motor drive make the driver of this hybrid feel like a sports car.

Together with the CR-V Sport Hybrid in Shanghai, the new generation of the standard crossover for the Chinese market was also shown. The model will be available with a 1.5-liter gasoline turbocharger, variable transmission and front transmission. This version will be available only to China, while the hybrid version will be exported to other countries.