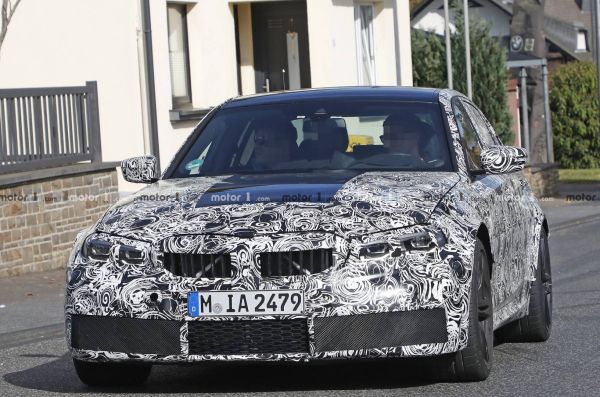 BMW presented the all-new generation of its popular 3-Series on Paris Motor Show, which will be launched in the spring of 2019. At the same time, the Bavarians continue developing their “inflated” M3 version as a prototype model tested on Nurburgring.

BMW is considering the option to leave the future M3 (G20) with mechanical gearbox, which will surely please the fans of the model. Thus, the M3 will be one of the few hand-held sedans on the market, unlike its rivals Alfa Romeo Giulia Quadrifoglio or Audi S5, who have already given up on them.

The company also discusses whether it is worth the new BMW M3 to retain its classic drive – to the rear axle, or to get a four-wheel drive system, as was the case with the larger BMW M5.

In any case, the new generation of BMW M3 will receive an engine of about 500 hp. This will be a 3.0-liter 6-cylinder and 2-turbocharged 6-cylinder engine that will also be fitted on the X3M and X4M models. The new engine replaces the S55 engine, which develops 450 hp.

The debut of the new BMW M3 is likely to take place at the Geneva Motor Show in the spring. The start of sales of the sports sedan is scheduled for early 2019.