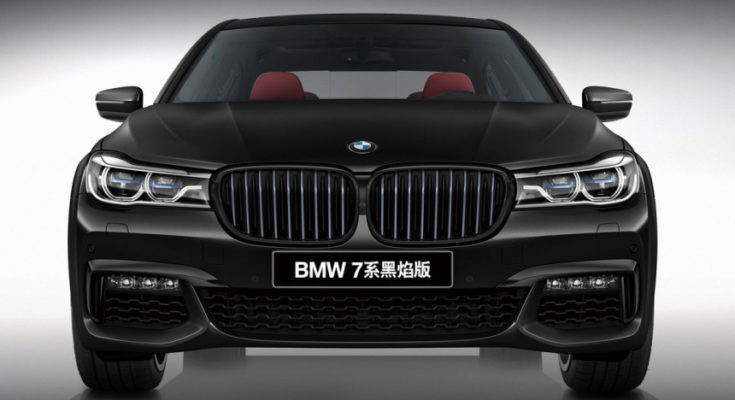 One of the first premieres in 2019 was the revamped BMW 7-Series, which struck with the change in the front part. Surprisingly, however, the company introduced a special series – Black Fire Edition, based on the previous “week”.

The carmaker will produce only 150 units of BMW 7-Series Black Fire Edition, which are directed mainly to the market in China. The car, however, is quite similar to another special version – the Black Ice Edition, which in 2017 also came out in limited circulation for the Russian customers of the brand.

The new BMW 7-Series Black Fire Edition will only be available in the 740Li xDrive, whose 3.0-litre gasoline turbo engine develops 326 hp and 500 Nm of torque. The car’ is designed by the BMW Individual studio, including a special black colour with matt lacquer, 20-inch wheels in two colours, blue braking mechanisms from the M-branded models and a special front passenger front plate that shows that the car is special.

So far, the price of this remarkable car is not reported, but the new 7-Series costs 159,000 USD in China. It is supposed that Black Fire Edition customers will have to pay much more.