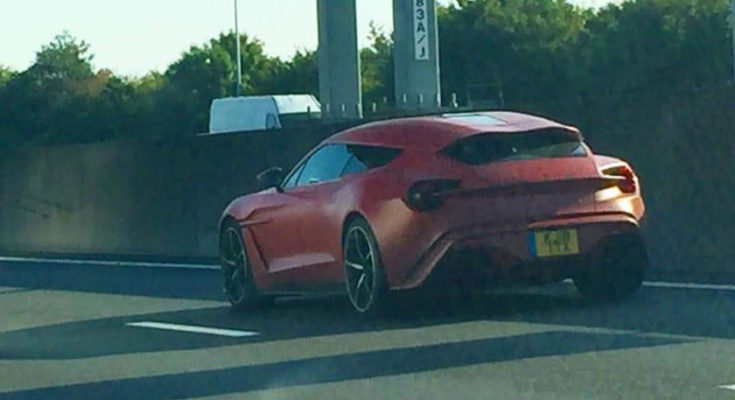 Whatever is said about two-door coupe Aston Martin Vanquish Zagato Shooting Brake, it is extremely exclusive as the Ferrari GTC4Lusso, the FF’s successor.

In fact, Ferrari has done a lot of this type of compartment throughout its history. For example, 330 GT 2 + 2 Vignale or 365 GTB / 4 Daytona. Also, we can not forget those who like the Volvo 1800 ES, the Lotus Elan S4 Estate, the BMW Z3 M Coupe or the Lancia Beta HPE.

What about Aston Martin Vanquish Zagato Shooting Brake? The car is not the first GT wagon of the company because it would mean forgetting about the DB5 Shooting Brake or the new Virage Shooting Brake, which appeared briefly in the early 1990s.

Nowadays, people who can afford ultra-expensive GT cars understand that there is a change in perceptions when it comes to surprisingly practical supercars or luxury cars. Otherwise, we would never see Ferrari FF or Porsche Panamera Sport Turismo.

In essence, this is a more practical car than the Vanquish Zagato concept that was revealed a few years ago at Villa d’Este. The design of the rear is not as elegant as the concept.

No matter how practical it seems, do not expect to take your kids to school because, according to Aston Martin, the Vanquish Zagato Shooting Brake is “strictly two-seater”, with the higher rear end for more cabin light and more luggage space.

At the same time, the interior includes a lot of carbon, anodized bronze, optional aniline leather and an electric trunk.