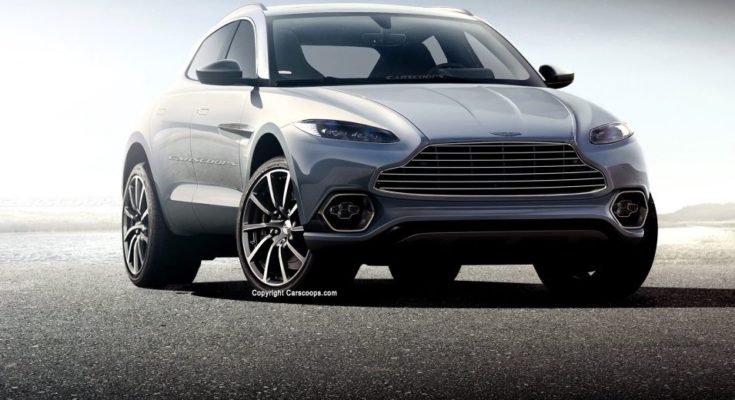 At the 2009 Geneva Motor Show, Aston Martin unveiled a four-wheel-drive concept car, which carried the mythical name Lagonda and was not a sedan but a rather unusual crossover. The concept never came to production, but the crossover was nestled in Aston Martin’s mind.

Today, the British manufacturer finishes its first crossover, called DBX, for now, though the company has recently registered the name Varekai. Is this the long-awaited successor of the conceptual predecessor? Let’s see.

There is no doubt that this will divide the fans of the brand. But, remember that Porsche had the same dilemma when putting Cayenne.

The front is dominated by the Aston grille, being quite similar in shape to that of the newest Vantage. Slim headlamps, underlined fenders and hood cover complement the aggressive look.

Looking at the model, the door panels and the pretty sloping window line are also noticeable. The glasses look quite conventional in shape and angle compared to her two-sided brothers and sisters. The muscular rear fenders, the elegant rear lights and the dual exhaust system complement the look.

When put into service, the model is expected to be fitted with the 4-liter V8 twin-turbo, which is under the Vantage and DB11. This engine develops 503 hp and 685 Nm combined with an 8-speed automatic ZF transmission. Later will see the Aston twin-turbo V12.

The base variants can use Mercedes-Benz 6-cylinder units coupled with a 48-volt hybrid system. An all-electric model may appear at a later stage.

The power will be dispatched via an all-wheel-drive system. Combined with the air suspension and active stabilizer system, Aston Martin DBX has to deal with different terrain.

There are many assumptions about what platform the model will use, and some sources claim it will be Mercedes but it is more likely to be a new aluminum-based architecture.