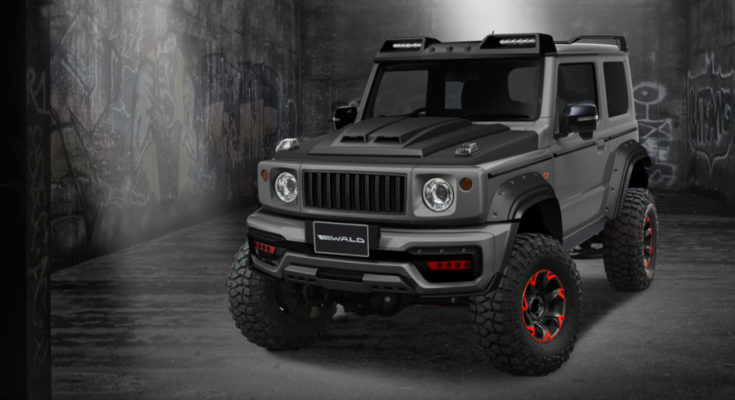 The tuning studio Wald prepared its own variant for the new generation of Suzuki Jimny, turning it into a real SUV. The optional set of equipment is called the Sports Line Black Bison Edition.

The new Suzuki Jimny has quickly become one of the most desirable models on the market, and in some countries it has even become a deficit product, as its interest is higher than pre-quota. Accordingly, this has prompted a number of tuning studios to get involved with the model.

One of the impressive ideas in this direction is the transformation of Jimny into the Mercedes-Benz G-Class. It is accomplished by the Japanese company Wald, which has extensive experience with the visual tuning of premium cars. The studio designers equipped the small machine with the G-Class protruding turnstiles, as well as a new grille, armor, and headlights.

The car has also received a black lid with air intakes – the same as the Brabus versions, as well as roof LEDs, rear spoiler and extended mudguards. They give the machine a more aggressive appearance, but also allow the placement of tire treads that will improve Suzuki Jimny’s performance on heavy terrain.