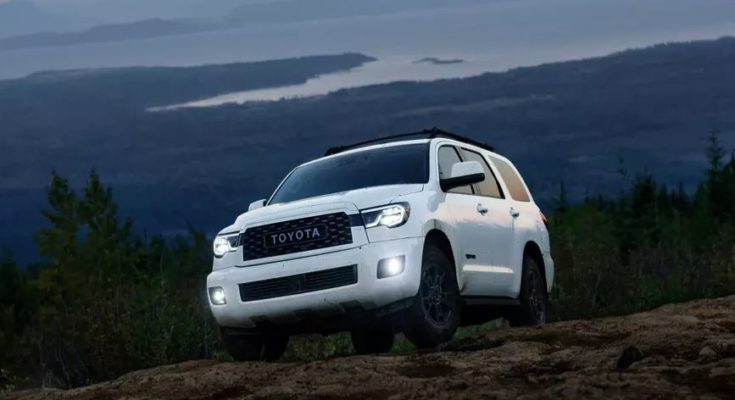 Toyota has expanded its crossover range with TRD Pro and introduced a special version of its Sequoia model. The machine is equipped with a specially developed suspension, an updated information and entertainment system and a redesigned exhaust system.

The main difference between the Toyota Sequoia TRD Pro and the standard SUV is the Fox shock absorbers, which have a completely different design. Thanks to it, their stroke increases by 18 mm during movement. In addition, they have also received special protection, and because of their weight reduction, the hull is made of aluminum.

Under the hood of the Toyota Sequoia TRD Pro is the standard model for the engine. This is the 5.7-liter i-FORCE V8, which develops 386 hp and 544 Nm of torque. It combines with a 6-speed automatic transmission. The car has four-wheel drive – Multi-Mode 4WD based on the Torsen differential with a two-stage cut-out box and lower gears.

In addition to the Sequoia, Toyota’s TRD Pro range includes the 4Runner, as well as the Tundra and Tacoma pickups.