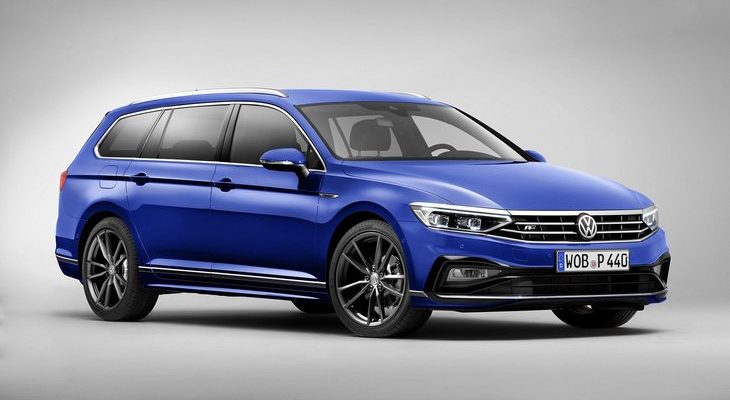 The world premiere of the facelifted Volkswagen Passat took place in January at the Detroit Motor Show, and now it’s time for the debut of its European version. It comes with a far greater choice of engines.

Design changes have affected the front, with a larger radiator grille and new headlamps. Slightly changed are the profile and the rear of the vehicle where larger lights are placed, and a small spoiler integrated into the turret. The salon also has not undergone revolutionary changes. There is a new steering wheel and instrument panel, as well as modified vents of the ventilation system. The information and entertainment system of the car is also new.

In the United States, the upgraded VW Passat is available with just one 2.0-liter turbocharged and 4-cylinder engine developing 177 hp and 280 Nm, which works in combination with a 7-speed automatic transmission. The drive of this version is to the rear axle.

Model Passat GTE is also back in the model range, relying on a combination of a 1.4-liter gasoline TSI and an electric motor developing a total of 218 hp. The gearbox is a 6-speed automatic with two clutches. This hybrid can be charged from the grid, with only 55 km of current.

The new VW Passat includes modern driving assistance systems, including an Emergency Brake Assist, adaptive cruise control, and a road-marking system. The model is also equipped with a semi-autonomous 2nd-level running system operating at speeds up to 210 km/h. The driver must keep his hands on the steering wheel, and if he removes them, the car stops alone after 10 seconds.