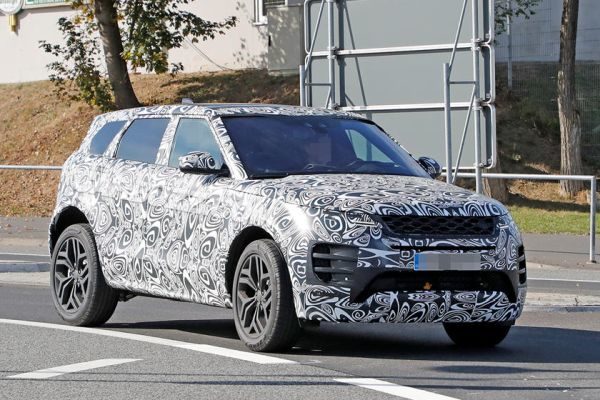 Jaguar Land Rover prepares to release the new generation of the Range Rover Evoque Crossover. The masked prototype of the car was spotted during the Nurburgring test.

The machine is covered with camouflage, but some drawings can be made about the design. Airbags in the front are angular, fitted and is a two-story grille on the radiator. Optics are also well hidden, but it has also undergone changes. This makes experts believe that the new Evoque will largely resemble the Range Rover Velar.

There are interesting changes in the interior of the crossover, which has received a digital instrument panel. The red line of the mileage is at 4,800 rpm, indicating that the British are testing a diesel version of the model. The car itself is on the old platform, which has been slightly revised to achieve greater width and longer wheelbase.

According to the information, the new Evoque will also receive a hybrid modification with a 1.5-liter gasoline engine. The crossover, which is scheduled for next year, will only be available in a 5-door version.