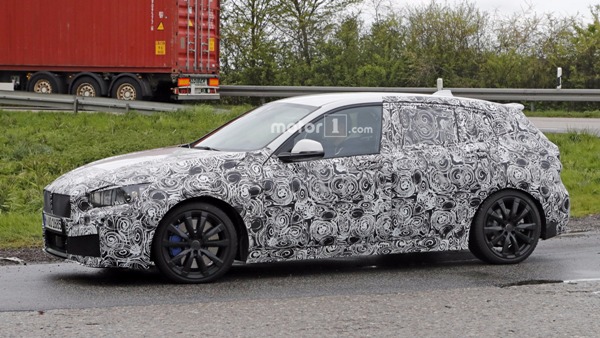 The photographers of the Motor1 have managed to capture a prototype test for the new BMW 1-Series. The current generation of the model is on the market since 2011 and in Munich are almost ready with his deputy.

After BMW started producing the X1 and 2-Series Active and Grand Tourer models on the new UKL front-wheel drive platform, their smallest model will follow. This will reduce the cost of the company and benefit the interior space of the car, especially for rear seat occupants.

The platform architecture, which is also used by the MINI, does not allow the installation of engines with more than 4 cylinders, so the ubiquitous 6-cylinder inline engine will be replaced by a 4-cylinder turbocharger.

In spite of the heavy camouflage, it is clear that the stylish car will be very different from the actual model. The test car looks longer and wider, with the new platform being used to make a difference in proportions. The front lights are pulled back and the kidney grille has become larger.

The current generation of the 1-Series was seriously renewed 2 years ago. It is expected that the new generation of hatchback will be presented at the Frankfurt Motor Show in autumn.