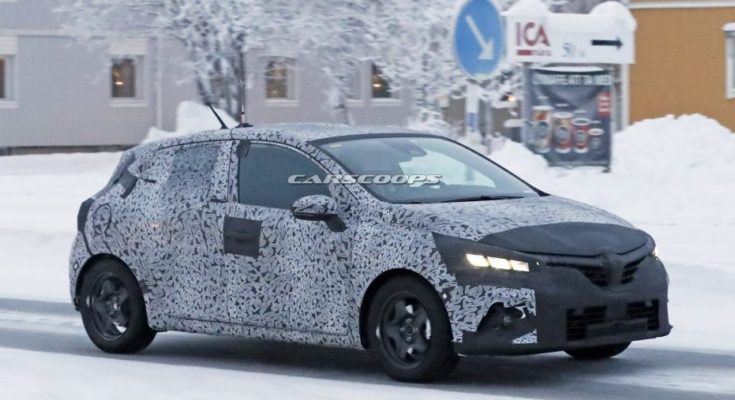 The 5th generation of the Renault Clio was shot during tests in Sweden. We’ve been waiting for the new model for quite some time, and it looks like it’s coming soon. Instead of developing an entirely new platform for the new Clio, the French manufacturer will update the CMF architecture of the current model. Renault will present a new set of engines.

The range of engines will start from the gasoline 0.9-liter turbocharger and just above it, there will be several turbo 1.3-liter 4-cylinder engines developed with Daimler, which will be available in several versions. The top version will be in the form of a soft hybrid with a 48-volt electric system and one of the above-mentioned 1.3-liter turbo engines with a small electric motor. It is not yet clear if Renault Sport will choose another power unit. A fully electric version is also possible.

More important, however, in the new design will be the inclusion of autonomous systems level 2 that will make the next Clio the first in its class that will have such technology.

Renault was expected to present the new Clio at the Paris Motor Show in September last year, but that did not happen. The debut was then announced in January 2019 but was postponed after the arrest of the executive director Carlos Ghosn. That is why the Geneva Motor Show in March now seems the most likely place for the release of the car.