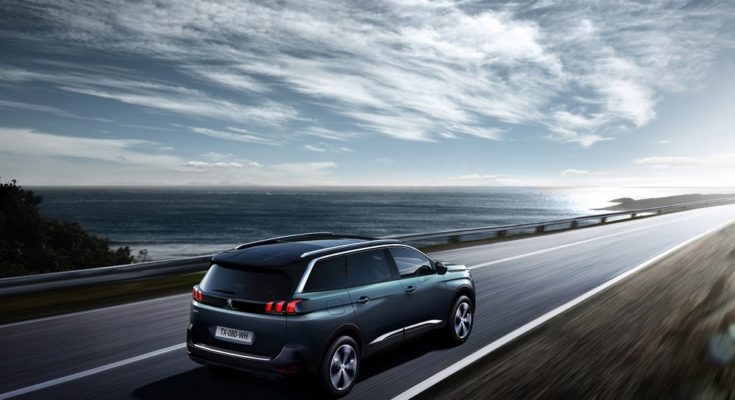 Years after the premiere of the Peugeot 5008 minivan, the model did not just get a new generation. It was transformed into a seven-seater SUV with an official premiere at the end of this month at the Paris Motor Show.

Although it looks like a typical representative of the C segment, the new Peugeot 5008 has managed to maintain all the benefits of minivans. It is built on the new EMP2 chassis, which we know from a number of models, including the 3008. The model has 7 seats, each of which can be folded, moved and dismantled.

The lightweight and robust platform has allowed engineers to increase the interior space, making it one of the most generous in the segment. External dimensions are also increased compared to the old 5008 – 16.5 cm in length and 11 cm in width. The rack really offers an impressive 1065 liters volume. Even when using the seven seats in the saloon the volume remains impressive – 640 liters.

As for the design, it is very similar to that of the 3008. This is particularly true for the interior – i-Cockpit, which is literally copied. In fact, we were unable to discard any difference between the salons of 3008 and 5008.

The new 5008 does not have a 4×4 system. Like its predecessor, the model relies on the Advanced Grip Control system to optimize adhesion. It has 5 modes of operation – Standard, Snow, SUV, Sand and ESP off, and it should be sufficient for the needs of drivers who rarely leave asphalt roads.

The public launch of the new Peugeot 5008 will take place in Paris later this month. Sales start in the spring of 2017.