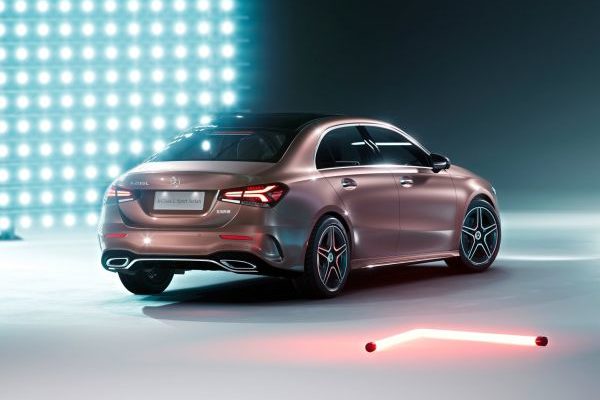 The new generation of the Mercedes-Benz A-Class hatchback has not yet reached the dealer’s dealer centers in Europe, but the company has already introduced a sedan from the same family. In doing so, the Germans showed the extended version of the model, which is intended only for the market in China. There it will be produced by Beijing Benz Automotive Co. – a joint venture between Daimler and BAIC Motor.

In the four-door engine range, two 4-cylinder engines are available with a capacity of 136 and 163 hp, and a 2.0-liter 190 hp. A 7-speed robotic gearbox is provided for them. Both the hatchback and the saloon have received the MBUX entertainment and entertainment complex, which features two 10.25-inch displays as well as a set of “smart” assistants borrowed from the S-Class.

The model will be released in China in the second half of the year, competing with the BMW 1-Series sedan. At the same time, a standard wheelbase version for the rest of the world will be available.