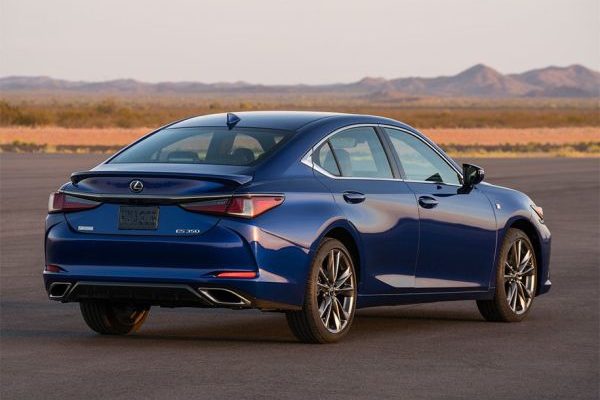 The Japanese manufacturer Lexus officially introduced the new generation of the Lexus ES sedan at the Beijing Motor Show. He goes on the market as a replacement not only for his predecessor, but also for the rear-end GS model that will no longer be produced.

Lexus ES uses the GA-K platform (Global Architecture – K), which is also the foundation of the new generation of Toyota Camry. After changing the generations, ES grew 66 mm in length and the distance between the two axes was 5 mm larger. The seat of the driver’s seat, which is already lower, is also changed. The rigidity of the body has increased, with more high-strength steel being used in the construction. The rear suspension is new and the electric power steering is already on the rake.

As of now, the top-of-the-line version of the Lexus ES 350 will receive a 3.5-liter V6 engine with a power output of 34 hp. and now reaches 302 hp. It will work in conjunction with a new 8-speed Direct-Shift automatic transmission. In some markets, the model ES 250 is expected to receive a completely new 2.5-liter gasoline engine with 4 cylinders. However, the company did not provide any details about this modification.

There will also be a hybrid version – ES 300h. It uses the same Atkinson 4-cylinder engine as well as the fourth-generation HSD electromechanical variator. Power unit power is 215 hp. The compact battery is placed under the floor of the vehicle.

For the first time in the seventh generation of the model will appear F Sport version, which will be distinguished by aggressive appearance, 19-inch LC body, revving adaptive suspension AVS and salon with wooden elements.