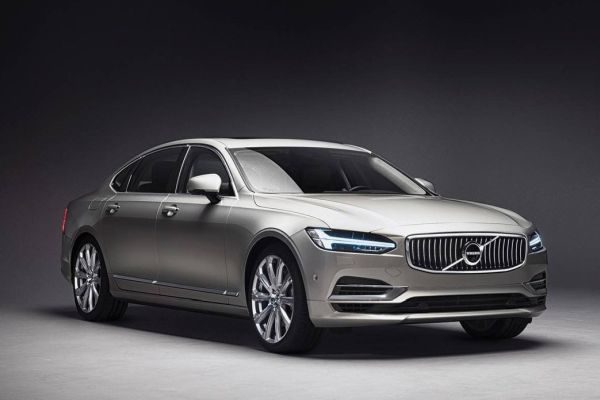 For the automotive show in Beijing, which begins on Wednesday, Swedish automaker Volvo has prepared a special prototype called the S90 Ambience. The sedan has an unusual ceiling projector that creates a unique ambience in the lounge and soothes the nerves. So far, the company has not announced whether the car will go into series production.

The Volvo S90 Ambience is built on the basis of the regular S90, but its interior is completely refurbished and equipped with a unique flavor control system, multimedia center and projector. The saloon of the new concept sedan is three-seater, with an enhanced rear-seat comfort zone. A special atmosphere has been created for passengers, which is regulated by three indicators.

Developers have created a smartphone application that allows you to control the atmosphere. With one click, you select a mode where different thematic videos appear on the projector (Northern Lights, Scandinavian Forest, Swan Lake, Archipelago, Rain, Nocturnal and Freedom), the air conditioning system releases one of four special Byredo flavors, and the Bowers and Wilkins audio system reproduces music. For example, if you select the theme “Rain”, the lounge will smell fresh, which will be accompanied by the right picture and music.