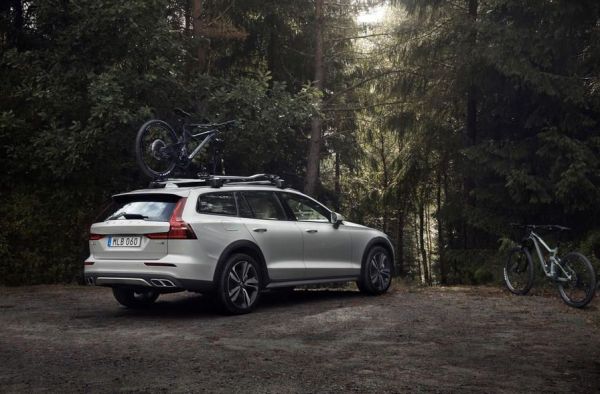 Volvo has introduced the all-new version of the new generation V60. The model is called the Volvo V60 Cross Country and has received 212 mm ground clearance. This is 75 mm more than the standard model.

Already in the base version, the estate has a four-wheel drive system and a special racing system. The model was played on the modular Scalable Product Architecture (SPA) platform, which was also used for the XC90 and V90 Cross Country models. Chassis and suspension have been refined compared to the standard model to improve off-road capabilities.

In the Volvo V60 Cross Country equipment list, there is a downhill, corner stability control system, Pilot Assist Electronic Stabilization System and Pilot Assist operating at speeds up to 130 kph.

In addition, the cross-wagon is equipped with an information-entertainment system running Apple CarPlay, Android Auto and 4G. There is also a roadside alert system and a special function to help get out of the parking lot in reverse.

At the start of the sale, the Volvo V60 Cross Country comes out with a 2.0-liter gasoline engine with 225 hp and a 2.0-liter 165 hp diesel. Two hybrids must appear next year. The first one is moderate – with a starter-generator and the second one will be charged by the power grid. Their power will be 365 and 390 hp.