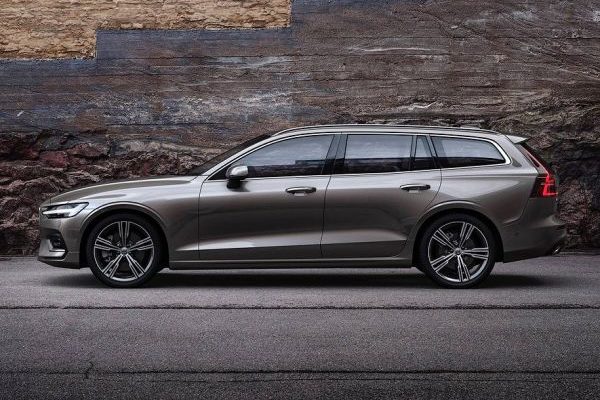 Volvo officially introduced the new generation of the V60. The presentation took place at a special event in Stockholm. The car has received two hybrid versions and an expanded set of safety systems.

The new V60 is built on the Scalable Product Architecture (SPA) platform that is used for the XC60 crossover and for the 90 Series models. The length of the model is 4761 mm and the distance between the two axes is 2872 mm. This is 117 and 98 mm respectively, more than the XC60 gauge.

The volume of the trunk is 529 liters, but when the rear seats are down, it increases to 841 liters (if measured in the rear window) and 1364 liters (up to the ceiling).

The range of power units in the model consists of petrol T5 and T6 engines developing respectively 225 and 275 hp. The D3 and D4 Diesel developed 135 and 165 hp respectively. All engines have a volume of 2.0 liters. In line with the model electrification strategy, Volvo also offers two hybrid versions of the 340 hp T6. and T8 with 390 hp

The car’s equipment includes a City Safety collision avoidance system with automatic stop function. The company is firmly convinced that this is the only market system that recognizes pedestrians, cyclists and large animals.

The new V60 also has a semi-autonomous Pilot Assist system for maneuvering at speeds of up to 130 km/h, which has been upgraded for better crossing. Additional wagon assistants also include a system that prevents leaving the road or entering the opposite, but also a warning function for coming opposite vehicles.

The Swedes offer buyers of the new Care from Volvo. In addition to the standard lease, it includes weekly insurance and service contributions, including washing, refueling and even cleaning the salon. A special service is available for delivering products directly into the car.