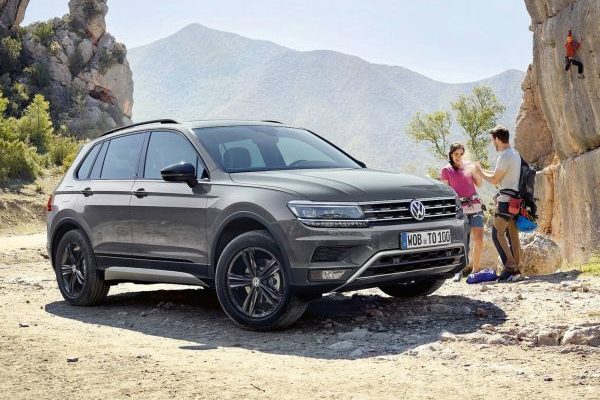 The German car manufacturer Volkswagen has released a special version of its most popular crossover, Tiguan, on some markets. It is named Offroad, distinguishing itself from the standard model not only in terms of equipment and appearance but also with more serious options.

Appearance differences include a new front bumper, 17-inch Tulsa wheels and black fire. At customer’s request, the roof of the car can be black, contrasting with the bodywork, for which four basic colors are provided – white metallic White Silver, white Pure White, black Deep Black and silver metallic Tungsten Silver.

There is an R-Line spoiler on the trunk door, and the headlamps have a three-dimensional effect. The salon differs from that of the loving Tiguan on the combination of leather and fabric, as well as the protection of the thresholds, the insoles with the special series logo and the metal pedals.

The Tiguan Offroad version will be available with a 1.4-liter gasoline turbocharger and 150 hp power. It can be combined with a 6-speed manual transmission or a 7-speed robotic transmission. For variants with a 2.0 liter petrol engine with 180 hp and 2.0-liter diesel with 150 hp. only automatic is available. All variants of the Tiguan Offroad are propelled to four wheels.

Additionally, there are also 18-inch Sebring wheels available, as well as the already mentioned black roof. Orders for the model will be accepted from October 1, and then the car’s prices will become clear.