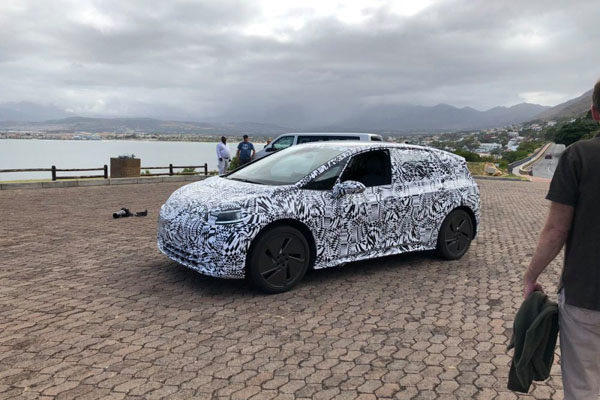 Volkswagen released photos of its electric hatchback I.D during the tests of the prototype in South Africa.

The electric car is built on the MEB platform and will be part of the model range of Golf, with the design of the exterior similar to the concept of the same name shown in 2016. Volkswagen I.D. will be available with a 48 to 111 kWh battery, and the price of the most affordable version will be competitive with that of the VW Golf – 24,000 EUR.

With the most powerful battery, the mileage of VW I.D. will be 550 km.

The MEB platform will be used in the entire I.D. – from the hatchback to the Touareg-sized crossover. VW’s plans are for 150,000 annual sales of electric cars in 2020, and by 2022 the company plans to launch 27 electric models.

After the global Dieselgate scandal, Volkswagen took the lead position to develop electric cars and dropped the diesel technology.