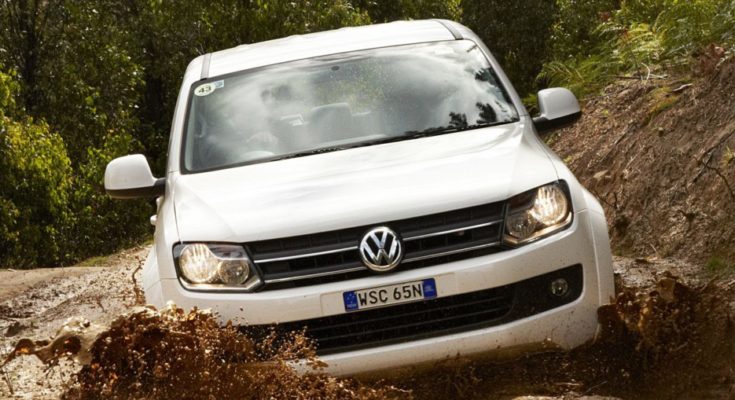 Volkswagen develops real SUV, which will compete Jeep Wrangler, the Land Rover Defender and the Mercedes-Benz G-Class. The future model of the German manufacturer, however, will differ from its competitors.

Volkswagen has never been associated with real SUVs. The first two generations of the Touareg actually performed well offroad because they are equipped with a permanent four-wheel drive and lower gears, but in the third generation, there was absent. So the only true offroad model of the Germans is the Amarok pickup truck, but its purpose is different.

Now Volkswagen wants to compensate and already actively working on a full-fledged model. According to the information, it will be named Volkswagen T-Rug, will get a ribbed design and will come in two versions – 3-door and 4.5-meter long, and extended – 5-door and 4.85-meters long.

The development of such a car has been confirmed by the company at the beginning of December. The most interesting thing is that Volkswagen T-Rug will be electrically driven, with core components on the MEB platform.

The SUV will receive two electric motors, one on each axle, and a set of lithium-ion batteries for mileage within 550 km.