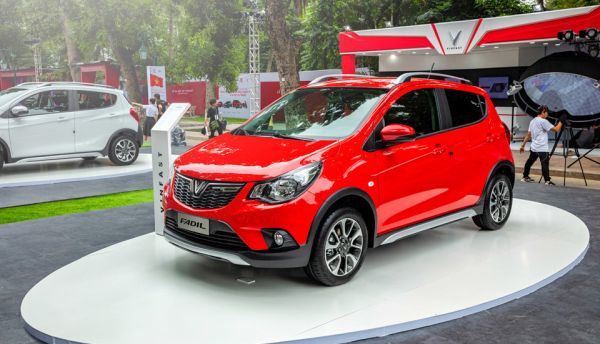 The Vietnamese company VinFast caused a huge interest at the Paris Motor Show in October by introducing its VinFast Lux A2.0 sedan based on the BMW 5 Series and the VinFast Lux SA2.0 Crossover, based on the BMW X5. It was announced that production of the two models will be launched next year at Haifon and will cost 3.5 billion USD.

It turns out, however, that the first and most important model of the company will be a completely different car that was officially presented in Hanoi. This is VinFast Fadil, which is a clone of the European hatchback Opel Karl Rocks. There is no piracy here – as early as June this year the Vietnamese have signed a contract with General Motors, which holds the rights to the model.

Opel Karl Rocks was developed before the German company became the property of the PSA Group alliance, so there will be no problem on the part of the French. The founder of the project is the CEO of VinFast, James B. DeLuca, who is GM’s former vice president. Along with him, one of the top designers, who will be responsible for the style of VinFast models, arrived in Vietnam. 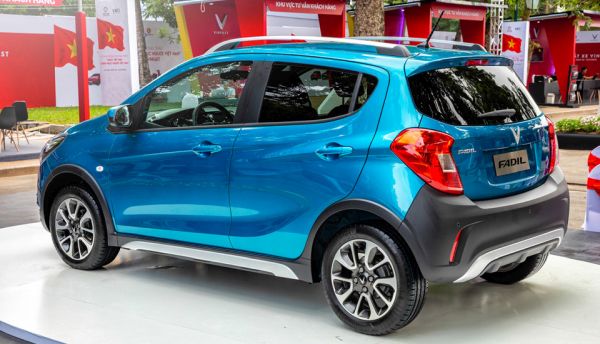 VinFast Fadil will be the 3,676 mm long and differs from the Opel Karl Rocks only on the radiator grille. Technically, the Vietnamese model repeats another car on this platform – the Chevrolet Spark. The car is equipped with a 1.4-liter 98 hp engine and variable gearbox. The basic version features airbags, ABS, air conditioning and a parktronic. The more expensive versions offer 6 airbags, ESP, Climate Control, Multimedia and Reverse Camera.

For production of the hatchback, VinFast bought the GM plant in Hanoi. It has a capacity of 30,000 cars per year, assembling the previous generations of Chevrolet Aveo, Captiva, Cruze, Orlando and Spark, which came to parts of South Korea. This scheme will be repeated with Fadil, which will be available in the market in 2019 and will cost 18,000 USD.