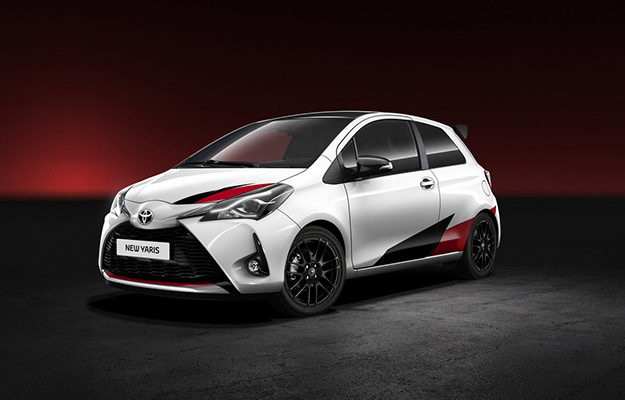 Toyota has released the first official photos of the “inflated” version of its Yaris hatchback. The official premiere of the model will take place at the Geneva Motor Show in March.

The “civil” sports car has three doors, made in the style of the Yaris WRC rally car, which debuted in December. The hat-hatch has received a black spoiler on the boot and new wide rear lights.

The propulsion of the vehicle is entrusted to an engine whose volume is uncovered. Toyota only reveals that the power of the unit exceeds 210 hp as well as a link between the road version and the rally machine. This obviously suggests that it is a 1.6-liter gasoline turbocharger.

It is expected that the Toyota Yaris hot-hatch will be sold under the Gazoo brand. Toyota has recently announced that it will unite under its name all of its sports cars, including those designed for Europe. At the same time as the hot hockey in Geneva, the Japanese will also show the revamped Yaris, which, in addition to changes in appearance, has also received a new hybrid version.