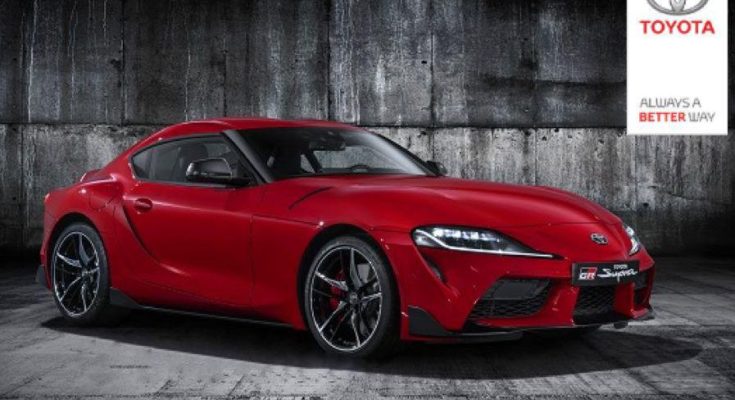 First photos of the new generation Toyota Supra were published. The photos are taken from the German subdivision of the Japanese manufacturer, which puts the body in the “anticipated brand new models”.

So far, the official photos of the sporty model were prototype-covered with camouflage, yet its appearance is not a secret, as the car was detected during tests. Its appearance largely repeats that of the FT-1 concept in 2014 but is simplified.

The serial version is left without a top cover and a narrow main optics, and exterior mirrors are also available. It will receive the front stands in a dark colour, front splitter, additional front and rear elements and the roof.

The new Toyota Supra will use the same platform as the sixth-generation platform on the BMW Z4. Both cars differ in both design and engine and chassis settings. They will receive two 2.0-litre gasoline engines of the BMW with four cylinders, and 3.0-litre with 6 cylinders, which is also the Bavarian manufacturer.

The official premiere of the sports car will take place at the Detroit Motor Show in January. Orders for the model are already accepted, but the first batch is only for members of the “Supra 900” club. Car prices will start at over 51,000 USD.