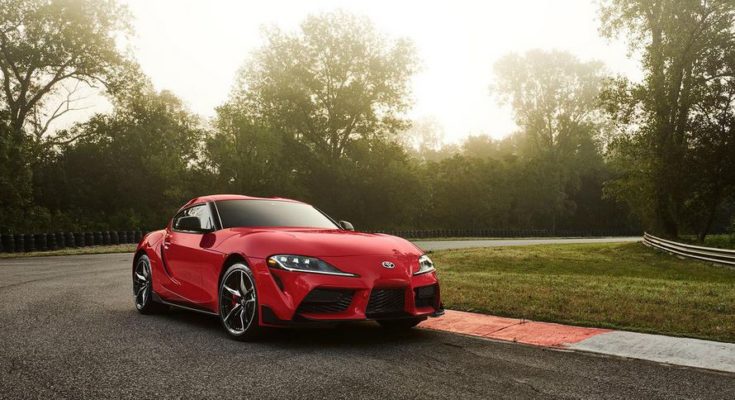 Japanese manufacturer Toyota unveiled the serial version of the revamped Supra sporting model that separates its main aggregates with the new generation of the BMW Z4 roadster. The premiere of the car took place at the Detroit Motor Show.

The first Supra appeared in 1978 and the previous generation of the model was stopped from production in 2002. The fifth generation of the passenger compartment, as well as its predecessor, is front-loaded with a six-cylinder engine and rear-wheel drive axis.

The dimensions of the model are 4380 mm long, 1865 mm wide, while the height is 1295 mm and the distance between the two axles is 2470 mm. The weight of the vehicle for which aluminum and steel were used is 1520 kg (in the top-version). Toyota engineers have placed a two-point suspension at the front and a lot of points in the rear, with the distribution of gravity between the two axles being ideal – 50:50.

The most powerful engine for the passenger compartment is a 3.0-liter 6-cylinder BMW with a turbocharger. The power of the engine is 340 hp and 500 Nm of torque, allowing acceleration from 0 to 100 km/h in 4.3 seconds. Maximum speed is electronically limited to 250 km/h.

In addition, the Toyota Supra will be available with a 2.0-liter 4-cylinder turbocharger that is available in two power versions. The weaker develops 197 hp and 320 Nm, with the acceleration from 0 to 100 km/h takes 6.5 seconds. The more powerful one has 258 hp and 400 Nm, has an acceleration to 100 km/h from the spot in 5.2 seconds.

All engines are combined with 8-speed automatic transmission. The sports coupé equipment also includes an adaptive suspension, as well as an active rear differential with electronic control.

Prices for the new Toyota Supra in the US start at 49,000 USD and the most powerful version of the model starts at 58,900 USD.