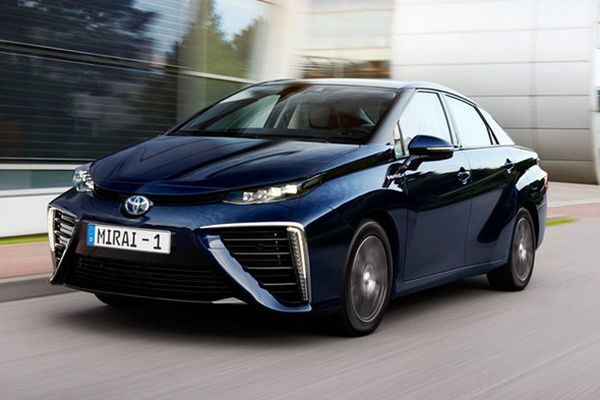 Toyota will double its investments in hydrogen cars and start developing affordable cars and crossovers. The technology will then be focused on buses and trucks, with the goal of achieving higher production volumes and, accordingly, lower costs.

A Japanese manufacturer has officially announced that mass production of hydrogen cars will reduce their price, which is now too high – not only because of the technology itself but also because of the expensive materials used in this type of vehicle. One of them is platinum.

Toyota plans to start production of models from different classes. The company now offers cars – the Mirai (pictured) model, followed by trucks, pickups and trucks, and the process is due to be completed in 2025.

In addition, the company is also working on increasing the performance of hydrogen cars. For example, the Toyota Mirai currently has a mileage of about 500 km, but its target is to reach 750 km in 2020 and at least 1,000 km in 2025.

The Japanese are convinced that hydrogen will become a major source of clean energy in the next 100 tones. Toyota has developed FCV technology since the early 1990s, and started selling this type of car in 2014. So far, however, only 6,000 units have been sold, so hydrogen cars have proved too expensive – about $ 60,000 per car .

According to LMC Automotive’s projections, the global share of hydrogen cars in the world will be only 0.2% in 2027. At the same time, electric cars are expected to hold about 11% of new car sales.

VW Golf GTI will not get hybrid system

VW Golf GTI will not get hybrid system

Nissan BladeGlider out on the road