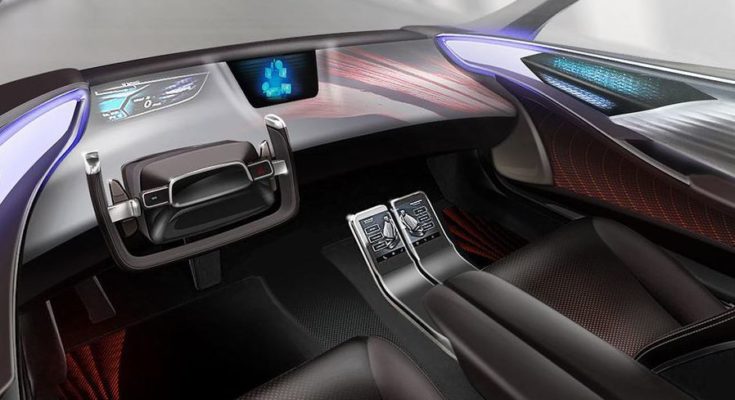 The automotive equipment producer Toyota Boshoku will introduce a new vehicle interior design system to the upcoming Consumer Electronics Show in Las Vegas. It is designed for unmanned 4th and 5th level autonomous vehicles, including an electronic air conditioning system that controls the temperature around every passenger in the car, and automatic seat adjustment depending on the position and body composition of the person concerned.

The concept proposed by Toyota Boshoku is called Active Comfort Engaging Space (ACES) and is a set of technological solutions that allows control on the physical and emotional state of the person. They affect all the senses of the passenger with the help of light, music, temperature, smell or virtual contact.

In ACES, for example, the seats and belts are automatically adjusted depending on the position of the eyes, posture and body composition. The temperature around every car rider is constantly controlled, so if it becomes cold, the air conditioning system will only heat the air in a certain area.

Furthermore, the intensity of the cabin lights and their colour, as well as their smell, depending on the colour of the sky, the speed of the car, the speed of the passenger’s voice and the frequency of his heartbeat. The man himself will not be able to fall asleep while travelling because of the vibrating seats and the background music, which also turns on automatically.

The Japanese company also prepared a second concept – MOOX, which allows the car to become a mobile office or entertainment venue. For this purpose, a voice recognition system is used that transforms glass panels into monitors and immerses passengers in virtual reality.