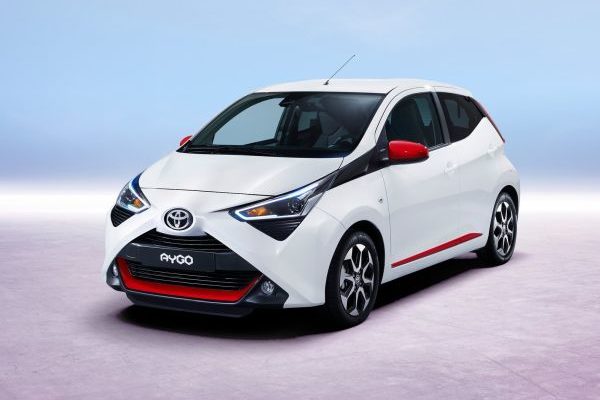 One of Toyota’s premieres at the Geneva Motor Show will be the renewed Aygo, which continues to be one of Europe’s leading brand models.

The car can be easily recognized by the X-shaped design that appears on the front. Various are the bumpers, the air intake and the optics, but overall the style is preserved. The hatchback will be available in two new colors Magenta (red) and Blue (blue), as well as new 15-inch rims. The lights are changed in the lounge, the digital panel is also changed. There are two new color solutions for the interior – Quartz Gray and Piano Black.

The model will be available in three levels of equipment – initial “x”, average x-play and top-x-clusiv. The average level is provided with an air-conditioner and a multimedia system with a 7-inch screen.

The top-of-the-line version features special double-spoked wheels, leather interior elements, navigation and Toyota Safety Sense. The company adds that special versions of “x-cite” and “x-trend” will continue to be available.

Under the cover of the renewed Toyota Aygo is a revised 3-cylinder gasoline engine with a DOHC gas distribution system. The power of the unit has increased from 69 to 72 hp, and it already meets the Euro-6.2 standard. The car accelerates from 0 to 100 km/h in 13.8 seconds and develops a top speed of 160 km/ h.