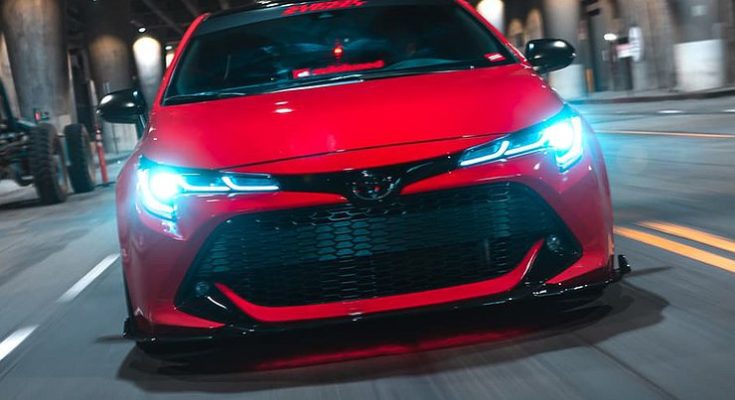 Toyota will launch a “hot” modification of the hatchback Corolla, which was developed by Gazoo Racing. A manufacturer’s representative admitted that the car would appear in front of the audience almost immediately after the premiere of the new Toyota Supra.

The Japanese have been watching for a long time the successes that record models such as the Volkswagen Golf GTI, the Honda Civic Type R, the Renault Megane RS, the Hyundai i30N and other hot-hatch. The company eventually decided that it was time to make a similar car that would receive a GR add-on to its name.

The Corolla-based hot-hatch project is run by Tetsuya Tada, responsible for the GT86 and the new Supra. He admitted that the new model could be debuted right after Supra, whose premiere is scheduled for the Detroit Motor Show in January.

Other details of the car are not reported, and it is unclear and what engine it will get. Toyota relies on BMW for the new Supra because it does not have the right models for similar models. It is expected that the future Corolla GR, as well as a more powerful engine, will receive a modernized suspension, a revised steering system, improved aerodynamics and a fairly high price.