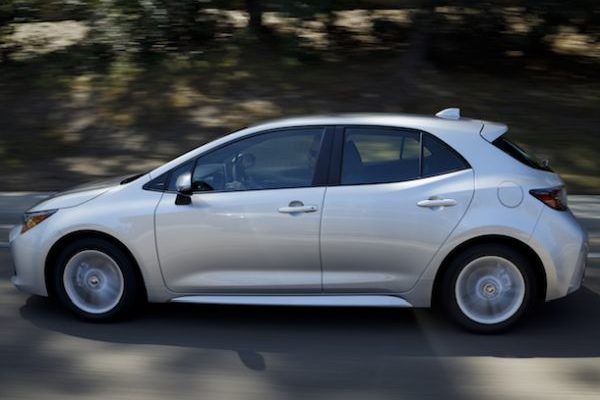 Toyota has registered a new model name at the European Patent Office – Corolla Cross. The easiest version of the hatchback is that it will receive increased ground clearance and deflect the elements of the fenders and bumpers.

According to Autoguide, if such a car appears in the Japanese gaits, it will have to compete with the recently released Ford Focus Active, Subaru Crosstrek, VW Golf Alltrak and Chevrolet Spark Activ. Such models are currently enjoying serious market popularity.

So far there is no technical information about the vehicle. It is assumed that the Toyota Corolla Cross awake will receive a 2.0 liter atmospheric engine or a 1.8-liter compressor engine. Both units are gasoline and will be combined with a 6-speed manual or variable-shift transmission.

The standard Corolla for Europe was presented in March in Geneva. It is built on a new platform – TNGA, with a new design as well as a variator capable of simulating a 10-speed sequential gearbox.