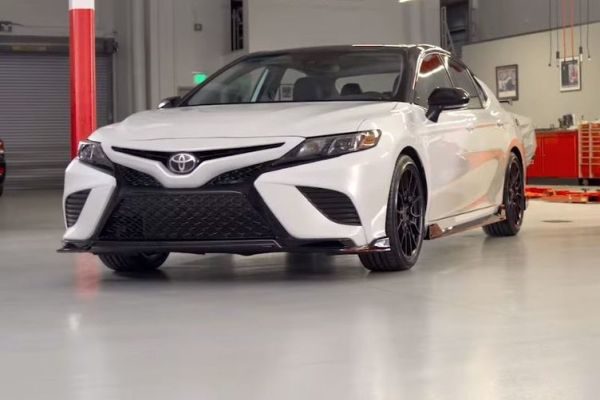 The medium-sized Toyota Camry sedan is a very popular car around the world. The Japanese manufacturer, however, does not intend to stop here and intends to attract even more buyers.

Toyota Camry TRD, which is the factory sports modification of the model can contribute to this. First of all, this car can be highlighted by its better aerodynamic appearance, the new aggressive bumpers, the boot lid spoiler and the new exhaust pipes.

The roof is painted in black, with a red-black finish with contrasting stitching and TRD logos embroidered on the headrests. It is expected that in this modification Toyota Camry will receive a 3.5-liter V6 engine with a power of 300 hp, but the company has not yet revealed its characteristics.

In addition, the bigger Toyota Avalon also received sports version. The model features with new bumpers with shiny black accents, and the interior has also changed. The public debut of the two new modifications will take place at the International Motor Show in Los Angeles in late November.