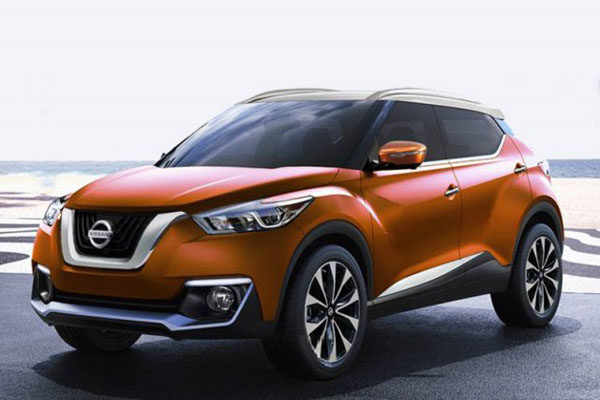 Nissan Juke will release the second generation next year. The car will appear on the market in Europe and North America, albeit with some delay. At the launch of Nissan Juke in 2010, its aggressive and atypical design won many admirers, but also many opponents. More importantly, Juke has paved the way for the launch of subcompact crossover models that are becoming more successful.

Nissan Juke’s second generation had to debut this autumn, but eventually, the model was postponed for 2019. The new subcompact crossover will be based on the Renault-Nissan CMF-B platform, which is also used by Nissan Qashqai, Nissan X-Trail, Renault Kadjar and even the bigger Koleos, which means we have to expect more generous shapes with the new the Japanese crossover.

Along with this, there will be a new, richer range of engines as well as a hybrid version. And in the near future, Nissan will also offer a fully electric version of Juke. We should expect at least some of the design of the new Juke to be similar to the new Kicks that the company sells outside of Europe.

Nissan’s chief designer and senior vice president, Shiro Nakamura, confirmed that the new Nissan Juke would be “different from mass models”. In addition, Nissan Juke’s interior will also undergo major changes and the model will get a new and better infotainment system and a wider range of customization options.

At the beginning of 2019, we should expect the concept of the future Nissan Juke, and its appearance will be later this year.