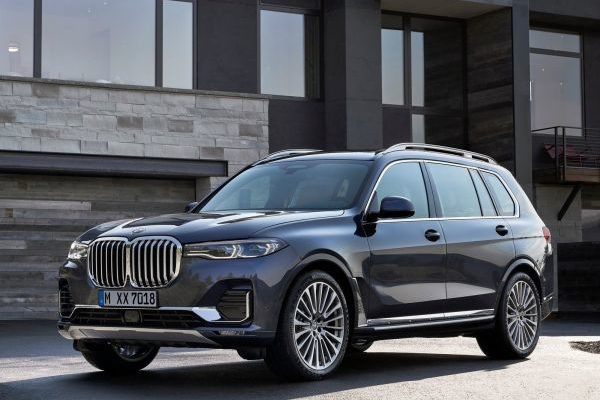 One of the most impressive premieres on Los Angeles Motor Show is the new crossover BMW X7. The Bavarian flagship was first shown in October, but only now comes in front of an audience, impressing with its enormous size.

The length of the car is 5,151 mm, the width is 2,000 mm and the height is 1,805 mm, which will surely guarantee its success in some markets. The SUV will be available with a choice of two engines, with the weaker modification – the X7 xDrive40i, relying on a 3.0-liter 6-cylinder turbocharged engine developing 335 hp and 447 Nm of torque.

The top model, the X7 xDrive50i, is equipped with a 4.4-liter V8 turbocharged engine with a power of 458 hp and 649 Nm of torque. In this case, the acceleration from 0 to 100 km/h takes about 5.4 sec. In both versions, the power is transmitted to all four wheels with an 8-speed automatic transmission.

The more powerful modification has a rear differential lock as an additional racing and dynamic package that tunes car systems according to the driver’s wishes but according to road conditions.

The modern flagship of BMW is available with 6 or 7 seats. The passengers behind the table have a tablet in front of them, even in the third row be dark because of the panoramic roof with 3 sections.

BMW X7 prices for the US are already clear. The initial version xDrive40i starts at 73,900 USD, and the more powerful version, xDrive50i, at 92,600 USD. The SUV will be assembled only at the Spartanburg (South Carolina) plant, which may be a problem for sales in China if the two countries do not understand the customs of imported cars from abroad.