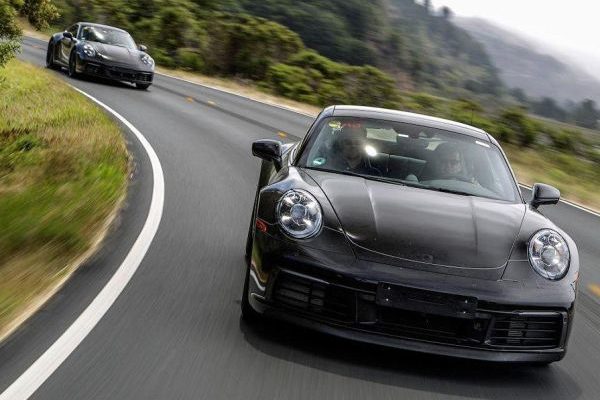 Journalists from several editions had the opportunity to test the prototype prototypes of the next generation of the Porsche 911, which will get index 992. The sports coupé will receive an 8-speed robotic gearbox with two clutches, an electronic instrument panel and a completely new interior.

Serious changes in the appearance of the car are not expected. As Autocar reported, the overall length of the machine was slightly changed, with the front raised due to the more serious pedestrian safety requirements in a collision. The new 911 will be recognizable as the rim of the front rack, the LED line between the lights and the third stop, which is vertical.

The front panel as well as the central tunnel on which the gearbox joystick will be placed will be completely changed in the saloon. The instrument panel will be fully digital and the only analogue device will be the tachometer.

The 3.0-liter and 6-cylinder turbocharger will receive a new aluminum discharge manifold and more power. Carrera now develops 370 hp and the S-version 420. At power shifts the power will rise to 385 hp and 450 hp. respectively.
The more powerful version will accelerate from 0 to 100 km/h in less than 4 seconds.

The seven-speed manual gearbox remains, but the current robotic transmission is replaced by an 8-speed PDK, which has been developed jointly with ZF. The same box is placed on the Porsche Panamera and the Bentley Continental GT. Optional for the model will be a chassis with a turning rear axle.