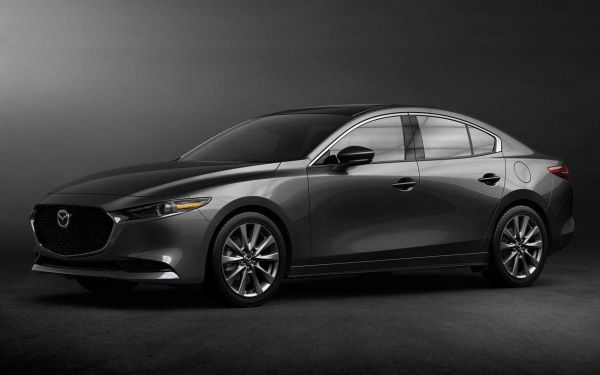 On the eve of Los Angeles auto show, the Japanese manufacturer Mazda introduced the new generation of one of its most popular Mazda 3 model. The car has received not only an impressive design but also a number of advanced technologies, as well as an innovative Skyactiv-X engine.

Unfortunately, the company only announced that the new engine will be placed on Mazda 3 but did not reveal its features. It is only known that depending on the market, customers will be able to buy the vehicle with already well-known aggregates Skyactiv-G with a volume of 1.5, 2.0 and 2.5 liters.

In some countries around the world, there will also be a turbo-diesel Mazda 3 with a 1.8-liter Skyactiv-D engine. The customers will be able to choose between a 6-speed manual gearbox or automatic gearbox with the same number of gears. The Japanese are also preparing to offer a four-wheel-drive version, but so far they do not reveal any details about it.

The new Mazda 3 will traditionally be offered as a 5-door sedan and hatchback. The difference in design in the new generation is seen mostly in the extended cover and the larger grille of the radiator. The thinner front stands make sense, which improves the visibility of the driver and the passenger.

The interior of the model is in a typical minimalist style, distinguished by the smooth lines that become the Mazda brand. A major role is played by the 8.8-inch monitor for an information and entertainment system, and the number of mechanical buttons and switches is reduced.

The new generation of Mazda 3 has received a large number of driver assistance systems, including Cruising & Traffic Support (CTS). This feature makes it easy for you to travel in traffic jams by taking control of the accelerator, brake and steering wheel.

The model is also equipped with a crossing system that warns about approaching cars in poor visibility conditions.