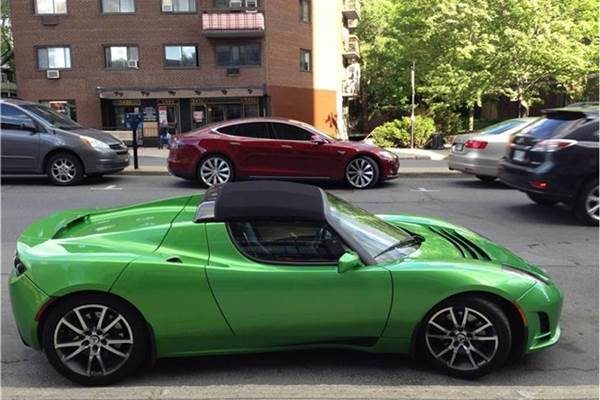 The second generation of the Tesla Roadster will be available in the market in 2019 and will be a full convertible, unlike its predecessor, which has begun the car history of the company’s Elon Musk.

The second half of 2017 marks the start of the most serious offensive for Tesla – the company is entering the initial stages of the serial production of Model 3 – the Tesla’s massive electric model, for which the company has collected nearly 400,000 orders and the first cars have to be with the owners at the end of the year.

Then comes Model Y – the compact crossover that will be positioned under the luxury Model X as well as the Tesla electric pickup truck.

But that does not mean that Tesla will ignore the Roadster – the 2006 electric vehicle, whose new generation will retain the formula of a two-seater open model. As early as 2015, Musk announced that the next Roadster will appear in four years, so we can only hope there will be no delays in that plan.

In view of the 2006 Roadster Technology Level, Tesla is now much ahead and the next generation will have a completely different drive. Given the dynamic features of the Model S P100D, it is more than reasonable to expect the electric cabriolet to be impressively fast and dynamic.

The first Roadster was built on the Lotus Elise chassis and its production series was quite limited – less than 2500 units. The first generation of the model was 390 km with a single charge, and after two more modifications of the batteries, the mileage reached almost 550 km.

But now it should be even bigger, as we are talking about a light and compact electric car with a low center of gravity. And let’s not forget that Mucky hinted that the new Roadster might have a Ludicrous mode, which also sounds more than logical.