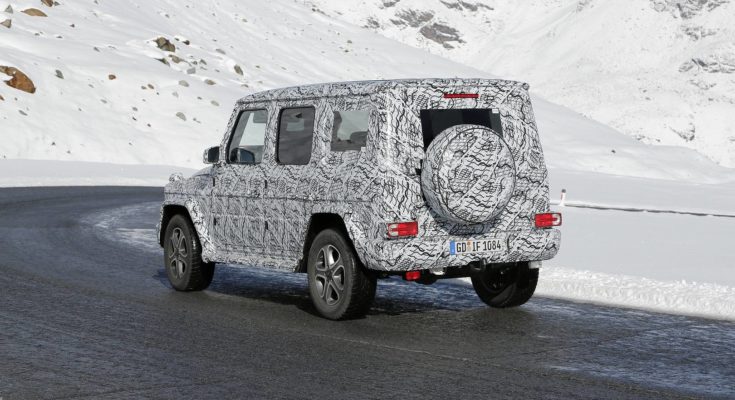 The new generation of the Mercedes-Benz G-Class is much closer to its premiere than expected. GT Spirit publishes prototype photos of the model that was shot during the trials in the Alps.

According to the information from Jalopnik, the SUV will retain its typical appearance, which became known 38 years ago. The new G-Class will once again be angular and brutal, although it will receive the most advanced safety systems as well as a super-saloon.

The car is built on an entirely new platform, which allowed it to lose about 400 kg. of the weight compared to its predecessor. The SUV has grown in width, one of the reasons being a new 6-cylinder diesel turbo engine with 313 hp. The gasoline version will also have a 6-cylinder turbocharger and will develop 360 hp.

All details of the new G-Class will be presented at the Frankfurt Motor Show in the autumn of 2017. A few months later, a smaller version of the model currently being developed by the engineers of the brand will have to appear.