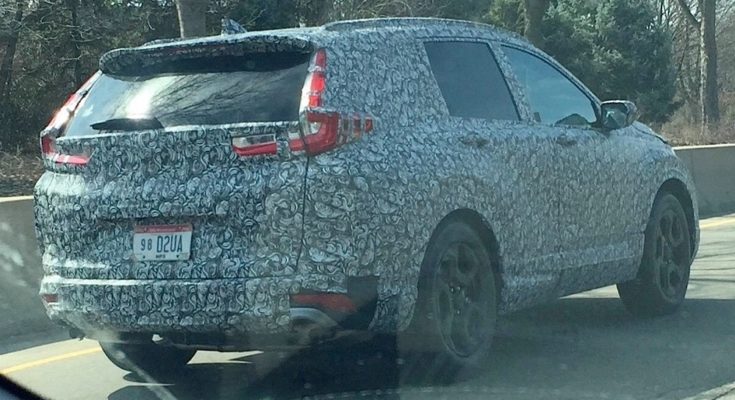 First photos of the new generation Honda CR-V were released. The frames were shot during roadside tests on the camouflaged model.

Despite the cover, however, it is clear that the new CR-V will demonstrate a design in the style of the smaller HR-V crossover. The grille and bumper grille will be completely changed, and the front lights will be red LED. A major change is also seen in the rear where 3D design stops are used as well as a double exhaust system. Generally, the design looks more sporty, and the sloping roof line also helps.

It’s hard to figure out from the photos, but it’s likely that the model will grow in size. This will be possible thanks to the new platform on which it will be built.

The saloon remains a mystery, but recently, Takahiro Hachigo, Honda’s president and CEO, said the new generation CR-V will demonstrate high safety and connectivity technology as well as higher luxury in the saloon.

The range of bikes will be represented by turbo engines. Base will be a 1.5-liter with 180 hp. It is also speculated about the introduction of a plug-in hybrid, but at the moment there are no details.

The new Honda CR-V will be produced in Canada. The model should be shown at the end of this or early next year, when it will appear on the market.