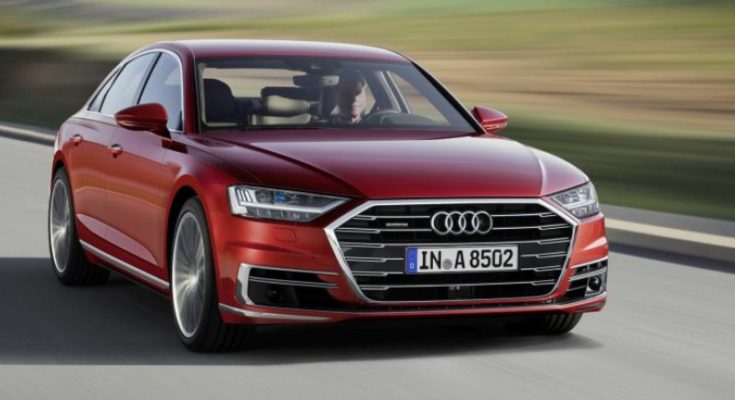 Audi continues developing the “inflated” version of its A8. The machine does not have the S logos, which are usually placed on the radiator grille and the boot. The serial version will also get a more aggressive front bumper than that of the prototype, but overall the design will be retained. All four pipes of the exhaust system will remain.

So far Audi does not report the technical characteristics of the car, but according to the latest information, the future Audi S8 will get the Porsche Panamera Turbo engine. It’s a 4.0-liter V8 with 542 hp, and it’s not possible to increase this power in the disputed sedan, but that’s not certain.

With the current S8, the engine develops 523 hp, thanks to the 100 kg reduction, compared to the standard weight model, the sedan accelerates from 0 to 100 km/h in less than 4 seconds. The maximum speed of the car is 300 km/h. At a later stage, Audi can also offer an S Plus version with the Panamera Turbo S E-Hybrid, whose power will be reduced to 625 hp.