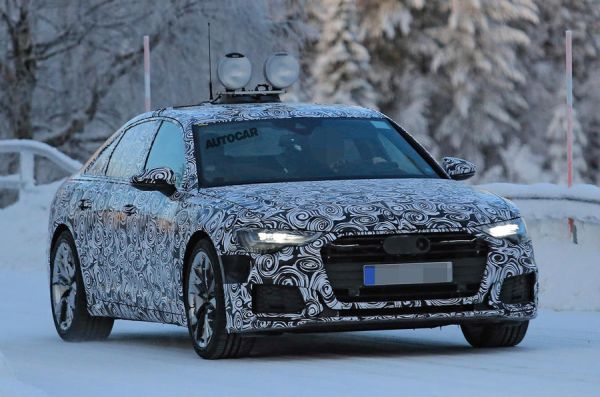 Audi will equip the new generation A6 with a self-driving technology. It will be able to take control at a speed of up to 60 km/h on roads where the sails are separated by the mantilinel. The function will be activated by pressing the Al button on the center console.

When the system can no longer drive the car, it will notify the driver and turn off alone. Analog technology was first shown in the new Audi A8, introduced in September this year at the Frankfurt Motor Show.

The publication also publishes photos of a test prototype of the A6, which shows that it looks like the new Audi A4. On the exterior of the model was the chief designer Mark Lichte, who took this position in 2014.

According to the information, the Audi A6 will remain the Avant and Allroad versions. Engines will be 4 and 6-cylinder petrol and diesel. A hybrid modification will be available, and a fully electric version is also possible.

Thanks to the use of a new platform, the model will be about 100 kg. lighter than its predecessor. The premiere of the new Audi A6 is scheduled for the first half of 2018, with BMW 5-Series and Mercedes E-Class as its main rivals.