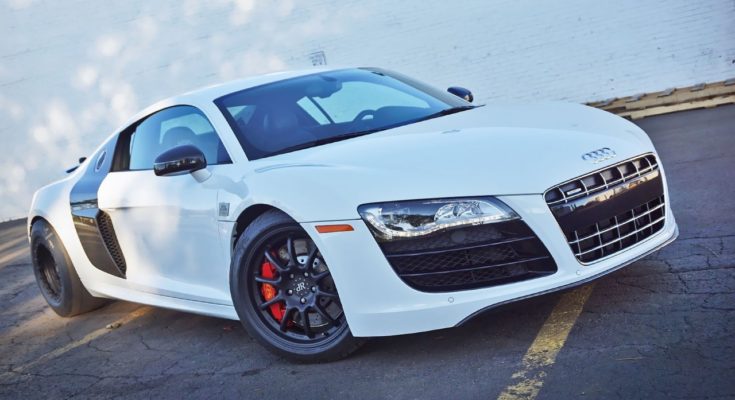 When talking about the first-generation turbo conversion of the Audi R8, most of the time, the name of the American tuning company Underground Racing is somewhere. Surprisingly, this time with such a project have taken their colleagues from Speeddriven. With the Chicago tunnels, DuPont Registry has called on them to create a limited package for the first-generation Audi R8, equipped with the 5.2-liter V10 engine. Speedriven accepted the challenge and the result is this: the most powerful Audi R8, which has the scandalous 1500 hp.

To tame all these horses, Speedriven has changed the suspension settings, reinforcing the standard S-Tronic automatic transmission, which is already capable of providing a “quick change gear”, and so on. “Turbo hole” is almost isolated with special settings and software changes.

Thanks to all the modifications, the vehicle is now capable of acceleration from 0 to 100 km / h in about 2 seconds and the result of the standard dragging distance of 402 meters is 9 seconds at a terminal speed of 241 km / h.

In addition to the changes in the drive, Speedriven has also played with the look, which has been optimized with new 20-inch wheels in front and 18-inch wheels in the rear. The design is complemented with designation and leather upholstery that distinguish the car from the standard R8.

Only 25 such packages will be produced, and all owners of the Audi R8 with the 5.2-liter V8 engine will benefit from it. The price is still unknown.

The first prototype was shown in Las Vegas, and according to the plans of the developer, the duPont Registry, first deliveries to customers will be made before the end of the year.