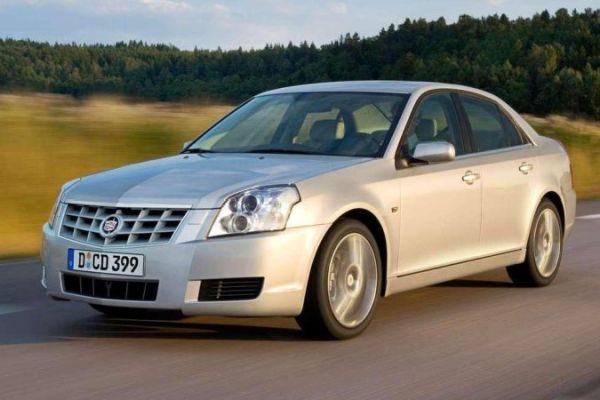 Cadillac BLS, which was assembled in 2009 in Kaliningrad plant in Russia, had to compete with popular sedans in the country like BMW 3-Series, Audi A4, Mercedes-Benz C-Class. In fact, this car, despite its name, is far from America because it was created … in Sweden. And it was announced as the strangest Cadillac in the history.

At the beginning of the new century, General Motors developed a new Epsilon platform based on which more than a dozen middle class sedans were built, among which the most famous were the Opel Vectra and the Saab 9-3. The latter was popular in Sweden, but in other European countries it was practically not sold, and the Opel model did not occupy the most prestigious niche on the market. GM then decided to make an unusual move – to change the logo to that of the “more respectable” Cadillac to compete in the class of compact luxury sedans such as the Audi A4, the Mercedes C-Class and the BMW 3-Series. So Cadillac BLS appeared.

In the first few years, the Cadillac BLS was produced in Sweden, at the Factory where Saab was being assembled. And in 2009 the model started to descend from the production line in Russian Kaliningrad. Experts noted that the car is an improved quality of the already-bad Saab 9-3, and also has a very memorable design. BLS, however, was called the strangest Cadillac in the history of the American company. Indeed, the car is 15 cm shorter than the company’s smallest model for the US market. In addition, this Cadillac BLS was also sold in the US and for the first time in the history of the famous brand, the car was also produced as a wagon.

The Cadillac BLS is produced by 2010 and is claimed, although there are no official statistics that the model sold a total of 7,356 units. The reason for his failure lies in several factors. First, the Opel-based car with Fiat’s 1.9-liter turbo diesel engine was already doomed to rival the three major German companies. And secondly, the name Cadillac in Russia is not as famous as GM’s bosses expected.