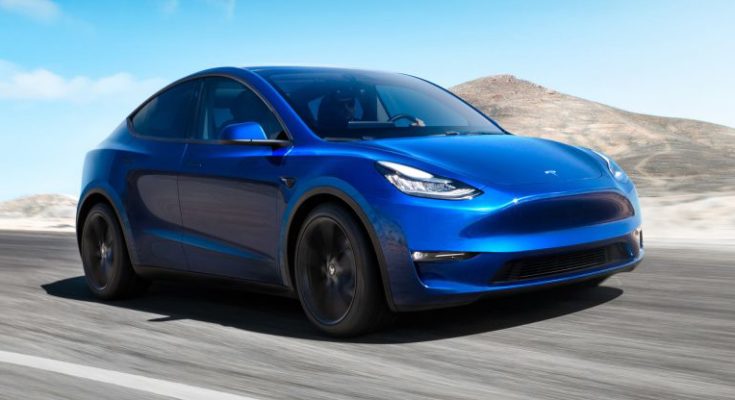 Tesla revealed its second crossover – Model Y, which will be available in the autumn of this year. The electric car is based on Model 3 and will be available in several different modifications – Long Range, AWD and Performance. Their price will start at 51,000 USD, and the options will exceed 62,000 USD.

Next year, Tesla will offer its customers a Standart Range version, which will initially sell for 47,000 USD, and in 2021 it will release its base version, which is estimated at only 39,000 USD.

The second crossover Tesla uses the Model 3 chassis to be powered by 2 electric motors. They will be combined with batteries of different capacity. The most powerful version – Performance, will accelerate from 0 to 100 km/h in 3.5 seconds. The Long Rage variant will have a 480 km mileage and the maximum speed of all modifications is 240 km/h.

The design of Model Y largely resembles Model 3 as the electric vehicle has received traditional exterior mirrors instead of the cameras we saw in the first version of the electric car. Tesla engineers have dropped the Saker wings doors that are placed on the larger Crossover Model X. The reason is that this solution makes electromobiles more expensive and complicates their production. The aerodynamic drag coefficient for Model Y is 0.32.

The crossover is equipped with a panoramic roof and will be available in a 7-seat version. A large 15-inch touchscreen display is available in the saloon, which is responsible for most of the Model Y functions. The driver has all the safety systems available and the unmanned control function.