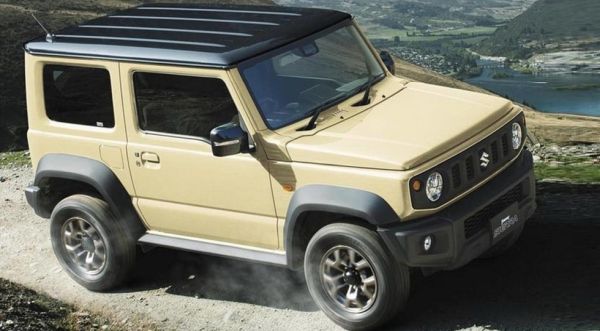 The current generation of compact Suzuki Jimny was released in 1998 and continues to be produced today. The new generation will be released this year, with the Japanese already showing pictures and revealing model information.

There are no cardinal changes in Jimny’s appearance, as he retains the brilliant design of his predecessors. The radiator grille and the main optics are in the style of the first generation of the LJ10, while the body of the second SJ30 features the car and the car will be available for the first time in a combination of two colors.

In the interior, the Japanese are relying on two key principles – simplicity and practicality. The black instrument panel is divided into two separate dials, and the same style is also used to shape the screen of the entertainment and entertainment system.

Technically, the new Jimny is still on its way, while retaining the frame construction, the dependent suspension, the gearbox with downshift and the four-wheel drive system that can be switched off.

At the moment, the engines of the Japanese market are known – the 3-cylinder turbo R6 with a volume of 660 cc (64 hp and 95 Nm) and an atmospheric 1.5-liter (Jimny Sierra) whose power is not yet reported . The gearboxes are a 5-speed manual or 4-speed automatic.

The base versions of the SUV will receive front and side airbags, halogen, air conditioning and 16-inch wheels. At the next level, fog lights, climate control, a non-locked access and engine ignition system, as well as electric regulation of the mirrors appear. The top variant will have a cruise control and a Safety Support system with cameras and lasers that detects the obstacles at the front and stops if necessary.