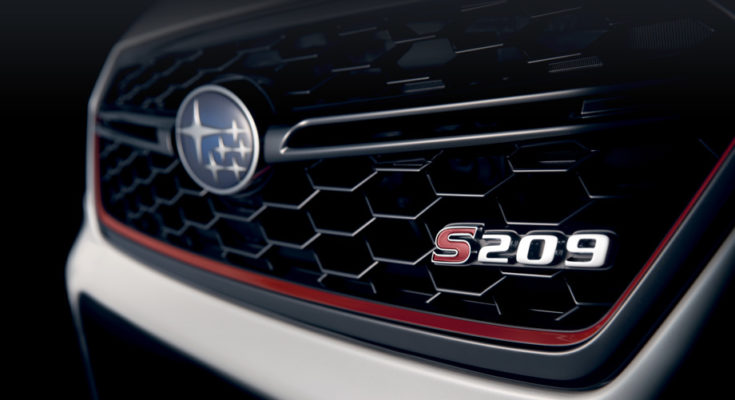 Subaru continues to note the forthcoming generation change at its WRX STI sports sedan. At the launch in Detroit, the Japanese manufacturer will present a new “farewell” model modification – the S209.

In fact, this car is a continuation of the S207 from 2015 and the S208 from 2017. All three modifications are equipped with a 2.0-liter gasoline “boxer” with a turbocharger. A similar engine is also used in the WRX STI Type RA-R version of 2018, which held the achievement of the “fastest sedan of the North Nurburgring Arc”.

The engine power of the S209 is 329 hp, but this is not the most important thing in this car as it will be different from the standard model not only on the propulsion but also on the chassis settings – brakes, suspension and of the steering. The bottom of the car is enhanced, while the aerodynamics are improved.

Interestingly, the standard Subaru WRX STI relies on a 2.5-liter “boxer” with a turbocharger. The power of the engine is 314 hp and the maximum torque is 393 Nm. It was also used for one of the “farewell” versions of the model, which was developed by the Subaru division in South Africa. It is called the Diamond Edition, and its aggregate develops 354 hp power and 464 Nm torque.

The new Subaru WRX and WRX STI sedans will be available in 2020, built on a new platform – SGP. The main difference is that they will be with a hybrid drive, as this is the only way to meet the new emissions requirements.