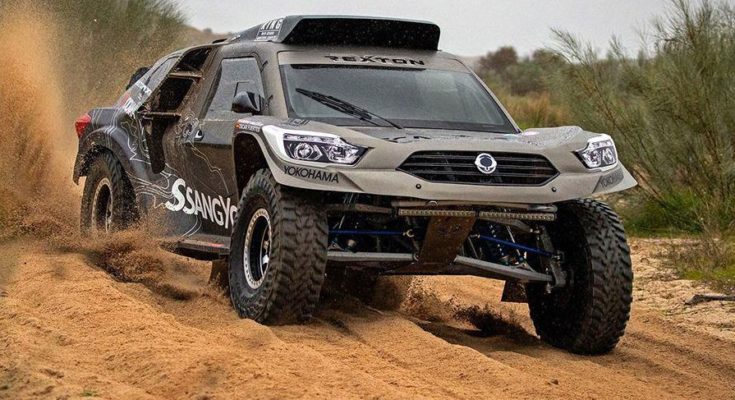 SsangYong has released a racing version of its Rexton model, which has been named DKR. This is the most extreme Korean SUV and will take part in the Dakar Rally, starting on January 6 in the capital of Peru – Lima.

The rear-wheel sports prototype is built around a chrome-molybdenum tube frame and is equipped with a V8 gasoline engine with a power output of 450 hp. The engine works in combination with a six-speed sequential Sadev gearbox with a 3-disc carbon fiber coupler capable of withstanding the torque of 1500 Nm.

A self-locking differential Torsen is mounted on the rear axle. The racing SUV weighs 1,900 kg, with acceleration from 0 to 100 km/h takes 4.4 sec. The maximum speed of the machine is 195 km/h.

Behind the wheel of SsangYong DKR will be the Spanish driver Oscar Fuertes, and the compatriot will be compatriot Diego Vallejo. This crew participated in the Dakar rally this year with SsangYong Tivoli, and managed to finish in 32nd position in the general chart.

In 2019, the Dakar Rally will for the first time in its history hold on the territory of only one country – Peru. The race begins on January 6th and ends on the 17th, with the start and finals being in Lima, and most of the stages are in the desert.