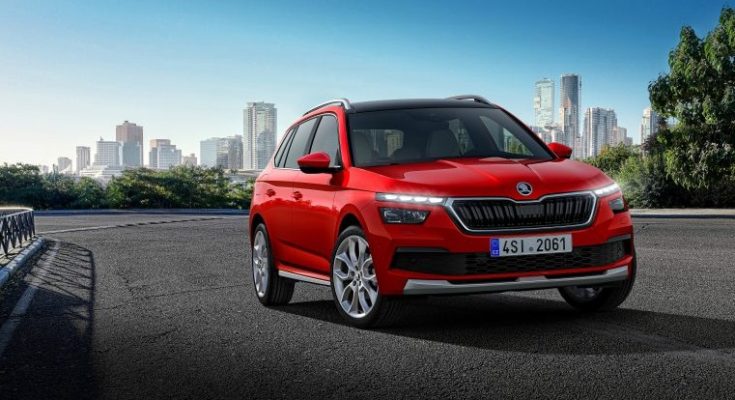 It was assumed that the third model in the Skoda SUV range – Kamiq, will debut on March 5 at the Geneva Motor Show, but the Czech brand publishes pictures and information ahead of schedule. Skoda’s smallest crossover is built on the modular platform of the VW Group – MQB, and its dimensions are 4241 mm x 1793 mm x 1531 mm. It is positioned under Kodiaq and Karoq. As expected, Kamiq’s design is strongly influenced by the Vision X concept, and some elements are almost the same: the radiator grille, headlamps, and even the diffuser layout.

Skoda Kamiq’s basic engine will be a 1.0-liter 3-cylinder turbocharged TSI and two power versions – 95 and 115 hp, while the maximum torque of both versions is 175 and 200 Nm. The engine will be available with a 6-speed manual transmission or a 7-speed DSG box.

The top version of the Kamiq will be powered by a 1.5-liter 4-cylinder gasoline turbo engine with a power of 150 hp and 250 Nm.

Skoda does not suffer from the consequences of Dieselgate and offers diesel engines in its range. The Kamiq features a 1.6-liter TDI of 115 hp and 250 Nm, which also works with a 6-speed manual gearbox or a 7-speed DSG.

Skoda will most likely announce the prices and the scheduled date for the release of the Kamiq on the market in Geneva, and the model will fight in the subcompact class with Renault Captur and Nissan Juke.